While I was on my way to lunch, a boy of less than 16 years of age crossed my path, showing signs of fatigue and need. He muttered a few words which I did not pay attention to initially. He followed me as I reached my destination and he talked to the restaurant owner. The boy sparked my curiosity and I wanted to know his secrets. I asked him about his needs, and he said to me: I want to buy a cart to work at the wholesale market. That boy reminded me of several other Palestinian youth loitering at the wholesale market in Ramallah or elsewhere, offering their labor to shoppers in exchange for money. Although they are young and despite the fact that the law prohibits them from working given that they are younger than the legal age, their needs are of greater importance than their physical ability or man-made laws. I asked him: How much does a cart cost? He replied: 60 shekels.

Sixty shekels for a cart to be used by a young boy to transport vegetables on behalf of customers, allowing him to provide for his basic needs or those of his family, where no-one knows the full extent of the hardship that they endure.

This idea increased my conviction in the “Al Zawiya Fund for Community Giving” initiative. Al Zawiya is a Palestinian town adjacent to the Green Line that lost its primary source of income within the Green Line, after the Wall prevented its inhabitants from earning their income from that land.

The story began when one of the local institutions invited us to create a special fund for the town, through which work could proceed in raising funds and allocating them in the town. The Association provided $2,500 in provisional funding, on condition that the village’s inhabitants succeeded in matching that amount through donations from the local community. Indeed, the committee that was responsible for overseeing the Fund contacted their brethren, who never hesitated to support the needs of their local community. The required amount was collected, allowing the Fund to become a reality and a workable idea.

Many ideas were put forward in order to utilize Fund monies. The consensus of the Fund Committee, which comprised a group of young volunteers from the town, was to provide microcredit for small projects, through which beneficiaries could meet their most prominent needs and those of their families.

1,300 shekels, to be repaid in monthly installments of 100 shekels, with a 300 shekel contribution by the beneficiary, this was the loan that was provided to twelve young adults, men and women, mostly unemployed and distressed in light of their difficult living conditions. Many ideas were adopted by these beneficiaries, such as a sewing machine, a popcorn machine, an agricultural nursery, a small grocery store, a goat, the cultivation of lands with seeds and a service center. Thus the diversity of ideas matched the variety of needs.

Beneficiaries received the necessary support to transform their ideas into reality, and were obligated through contracts between the two parties to realize and develop these ideas. The “Al Zawiya Fund for Community Giving” opened the door to a marginalized class of the community, allowing them to achieve their small dreams, which may grow one day and lead to the further development of their towns and the homeland. 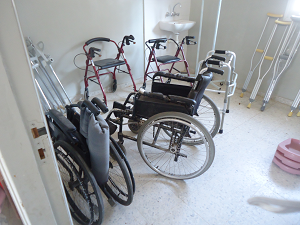 The “Al Zawiya Fund for Community Giving” was a continuation of a number of community-based initiatives that were adopted by Fund organizers, to include: "Hand in Hand," a humanitarian initiative that aims to reach people with special needs and patients, and provide them with the necessary assistance. The "Hand in Hand" initiative was launched to provide a range of medical equipment for the benefit of the disabled such as beds, pneumatic mattresses, crutches, wheelchairs and a range of other medical equipment that are provided to the needy in the town itself and adjacent locations. The initiative developed further by hiring a counselor to care for people with special needs, as well as surveying disabilities, assessing needs and providing as much support as possible for this disadvantaged and marginalized group in our society. 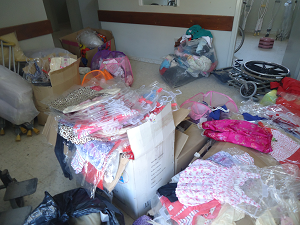 “Friends of Well-Being” is another synergistic community initiative between the strong and the weak, the rich and the poor, the owner and the non-owner. The initiative aimed to provide used clothes, furniture and electrical appliances that are no longer needed by their owners to those who need them. The “Friends of Well-Being” initiative provided a wide range of new clothes to needy families and their children during Eid Al Fitr, donated by shopkeepers. Today, this initiative is coupled with the "Hand in Hand" initiative under the title “A Decent Life” which aims to alleviate the suffering of families living in inhumane dwellings and facing difficult health conditions. For example, the owner of an aluminum workshop donated the re-installation of proper windows in place of those that were worn out, the owner of a tiles’ supply shop provided tiles to cover damaged concrete floors, the owner of a concrete factory donated concrete to reinforce a cracked roof, etc, etc ….. Thus community giving integrates between those who have and those who do not have and cannot afford.

These pioneers used technology creatively and set up a Facebook account entitled “Al Zawiya is our home”, through which they tried to activate the more educated sector of the local community and strengthen social bonds within the town. In addition, they aimed to create links between home and abroad and networks between institutions and activists in the community, for the benefit of the development of the local community. This initiative has created a strong body that provides active institutions with ideas, develops community action and support, in addition to acting as a pressure lobby in favor of community issues and concerns.