The voting day was held on the 21st of January. [email protected] received the most votes, and this initiative will focus on creating a brochure of important landmarks in Ramallah and Al Bireh for tourists and locals alike. They received a grant of $400 US. In second place was the initiative "Siti W Sidi" (Grandpa and Grandma), where they will organize visits to old people's homes in Ramallah and Al Bireh, in an effort to lift their spirits. They received a grant of $350 US. Due to its importance, the third initiative, Spreading Smiles, will be merged with the first two initiatives, as they will focus on creating motivational quotes for students at the school, which will prove useful as they promote their initiatives. 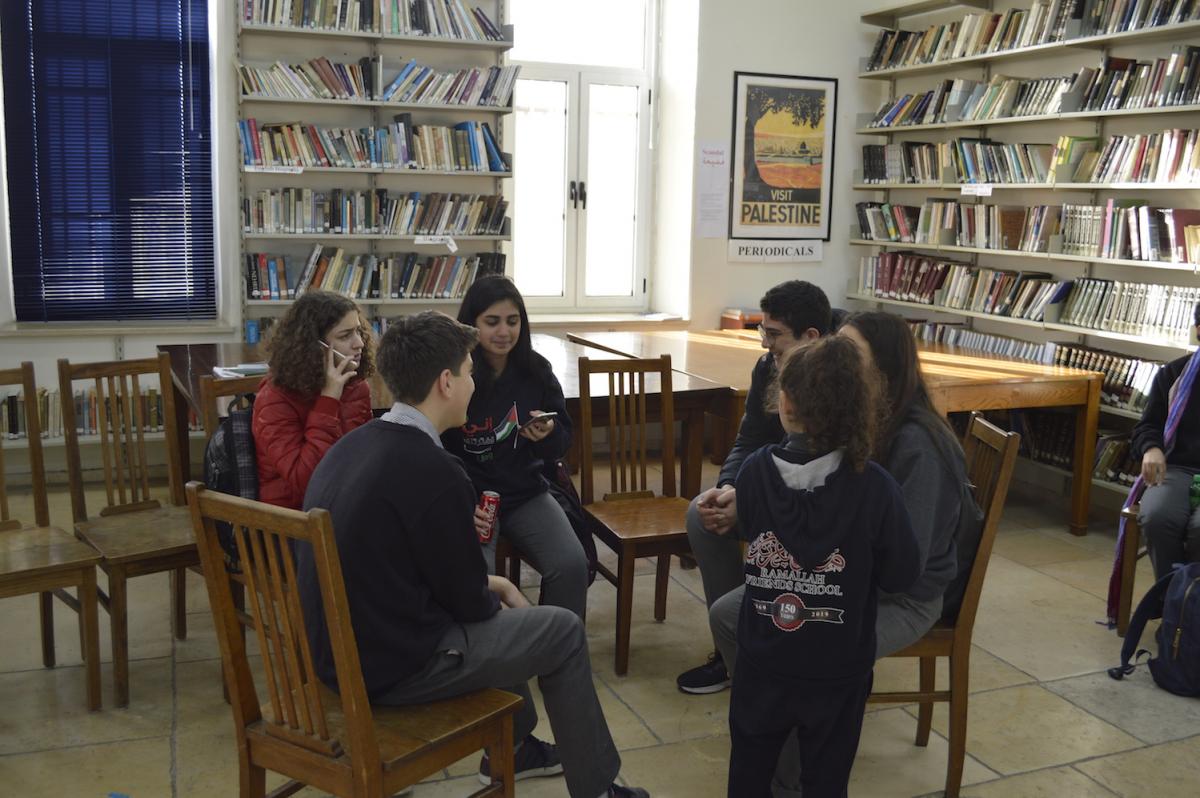 We held the voting day on the 23rd of January, at the Orthodox school-Bethany in Al- Eizariyeh. Smiles of Hope received the most votes, and this initiative will focus on visiting children with cancer and raising their morale. They received a grant of $400 US. In second place was the initiative "Animal Shelter" which will promote animal welfare in the school, and provide food and shelter for the animals. 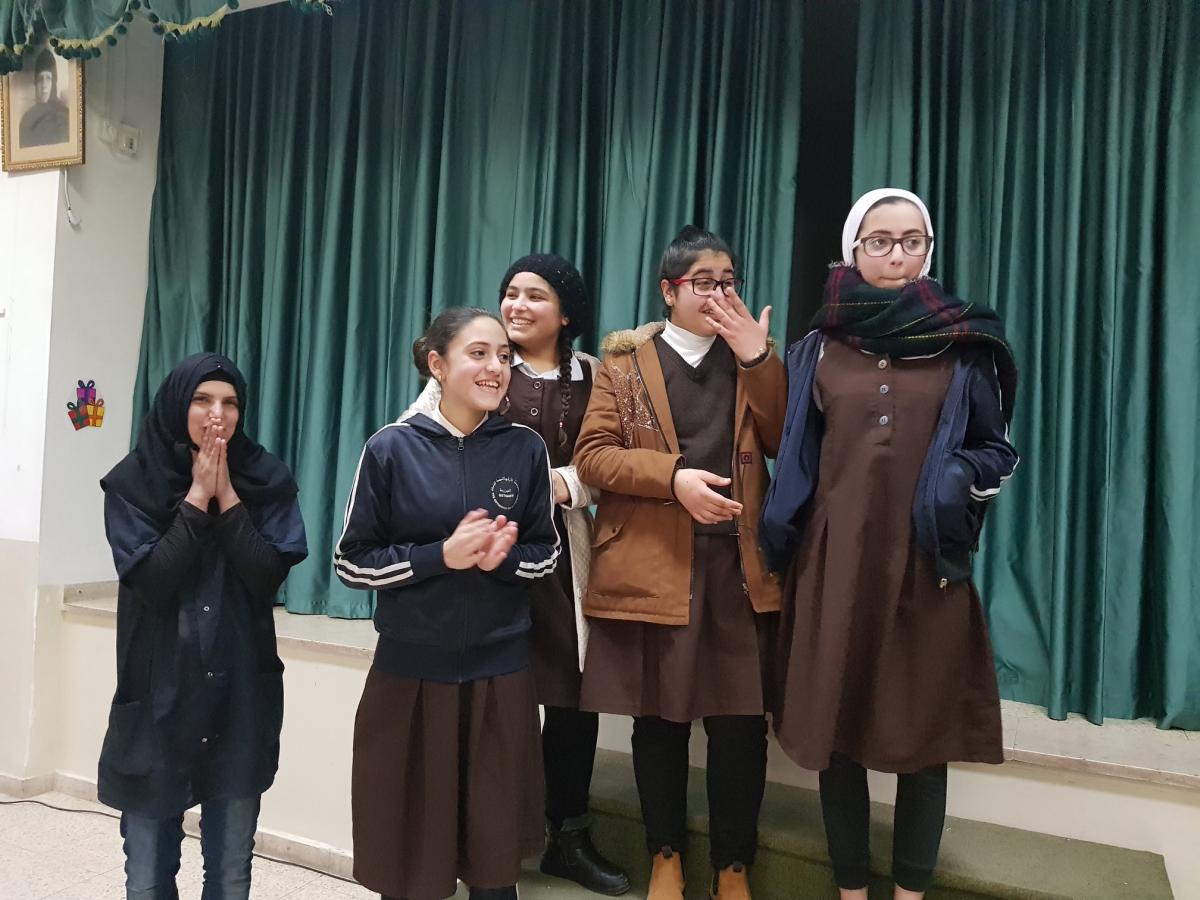 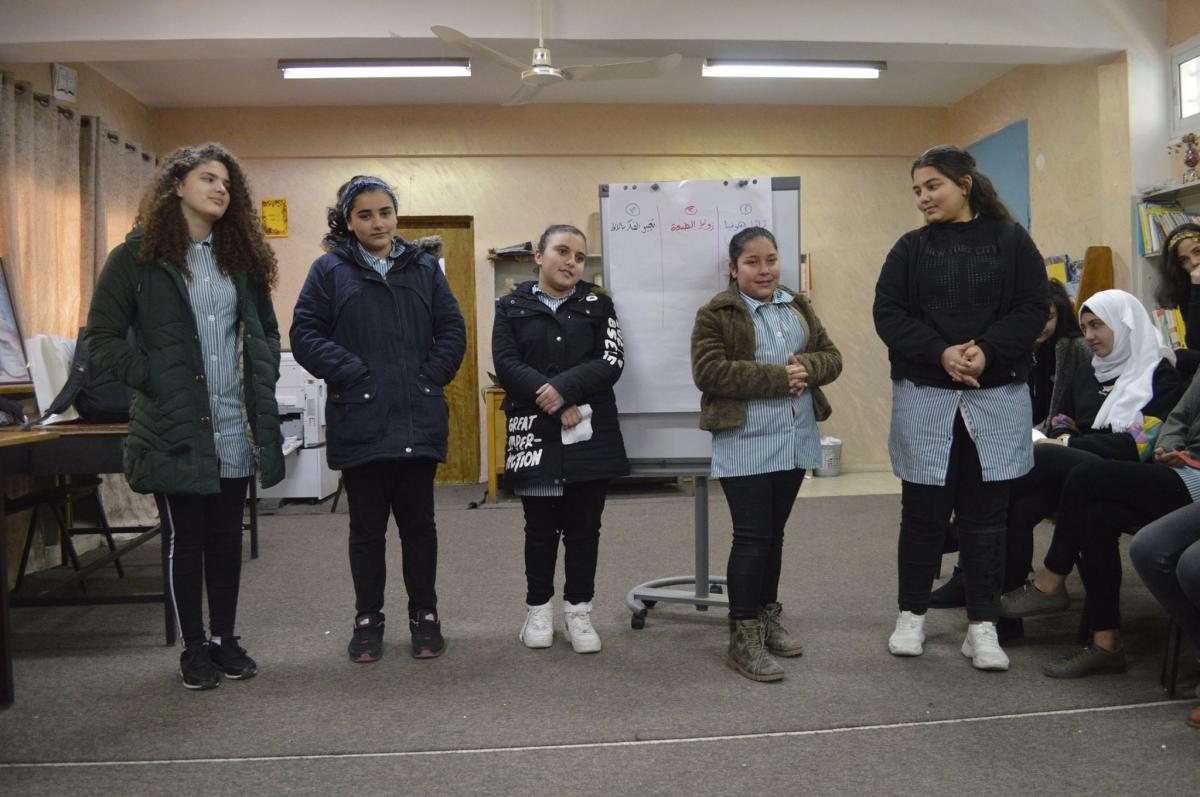